In October 1990, São José dos Campos City hosted the Latin American Conference, with representation from 21 countries, all interested in studying the work of APAC.

In July 1991, in United States, a report on the APAC method was published, stating that it could be applied successfully anywhere in the world.

In 1993, it was produced by the BBC a documentary video on the APAC Method subsequently distributed in several countries in Europe and Asia.

Little by little dozens of APACs began to emerge in Brazil and in other countries, today present in several Brazilian states and 28 countries.

These facts led to the foundation of FBAC (Brazilian Society of Assistance to Convicts), legal entity, of public utility, to accompany and guide APACs in Brazil and worldwide.

The FBAC was founded in São José dos Campos City, São Paulo State, Brazil, on 07th September 1995, under the presidency of Mario Ottoboni.

It is the entity that brings together, directs, supervises and ensures the unity and uniformity of APAC in Brazil and advises the application of the APAC Method abroad.

In 2004, at the V NATIONAL CONGRESS OF APAC, the headquarters of FBAC was transferred to the city of Itaúna, in Minas Gerais State, Brazil. 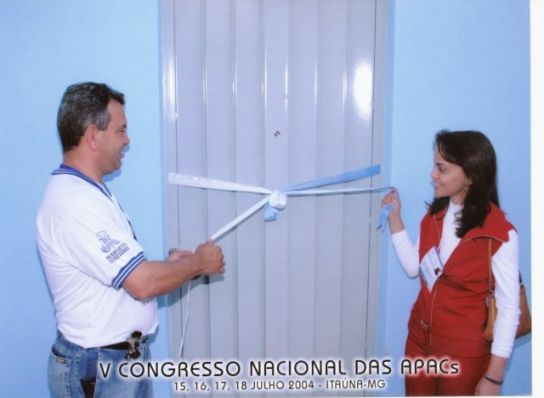