We are just starting the fifth Liberation Jorney with Christ in the APAC of Paracatu City, in Minas Gerais Brasilian State, about 200 km from the Brasilian Capital City, called Brasilia. 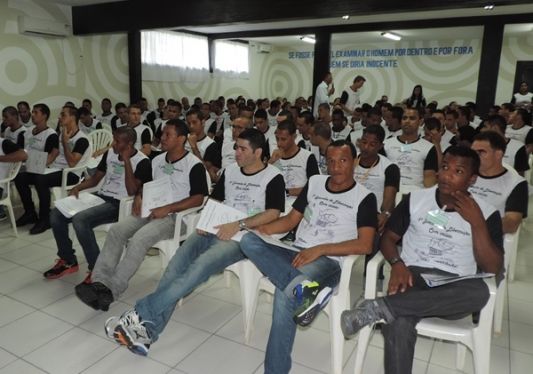 Created on Tuesday, February 23 2016 10:50 | Last Updated on Tuesday, February 23 2016 10:58
Valdeci I remember kindly our dear Glory. His unconditional love and his passion for the convicted and the APAC. We have been witnesses of her total surrender to the ministry and her struggle so that APAC methodology could start again in Ecuador. We'll miss her, although we are sure that, from where she is, together the Father, she will be a faithful intercessor. We remain united and faithful to God's call. We are together! valdeci

The ceremony was presided by the Bishop of the Diocese, Bishop Guilherme Porto and concelebrated by Fr . Ronildo. Was attended by family members, staff and volunteers of APAC.

The APAC of Sete Lagoas thanks the group called San Dimas of the Charismatic Renewal which did a volunteer work every Friday with the recuperandos, in order to prepare them to receive the sacrament of Confirmation.

May the Holy Spirit of God, received by the recuperandos in this sacrament, lead them to a new life and bless all their families. 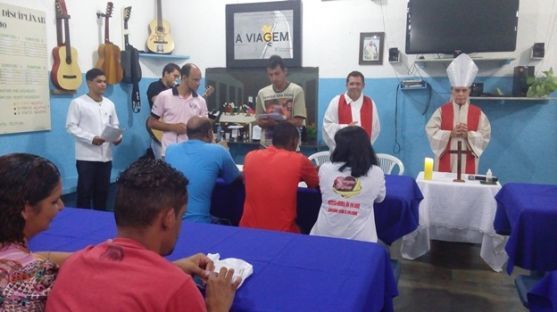 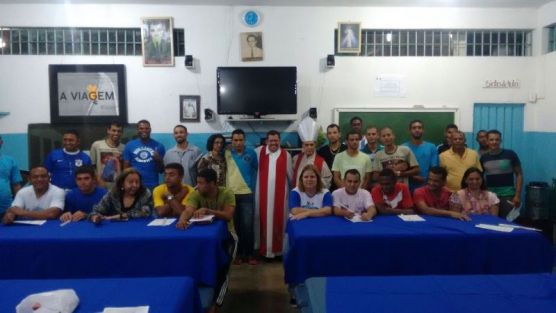 The FBAC is conducting a course for employees of the APAC who signed the funding agreement with the Government of Minas Gerais and are starting the administration of the Social Reintegration Center - CRS.

About 35 people are participating in the course.

With a focus on APAC methodology, the course has a very broad explanation of all aspects of APAC: legal, administrative, organizational, motivational, among others.

The course is being held in APAC Itauna, lasting three days.

The FBAC thanks the male APAC of Itauna, who welcomed the course participants, and all its partners who contributed for this course to take place. 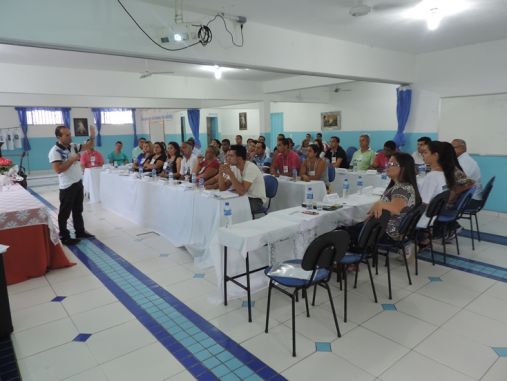 APAC experience will spread across Europe

Created on Friday, February 12 2016 09:13 | Last Updated on Friday, February 12 2016 09:34
The Executive Director of FBAC, Valdeci Antonio Ferreira is in Germany to attend a series of meetings and conferences on the APAC method. He wrote from Germany sharing his impressions:
"Here the days are intense with a lot of activities, lectures, meetings... The interest in APAC is huge and I am amazed at the work they are already doing: ECOR- APAC, it is how they call the communities for restoration. They are communities with no police, for prisoners who are at the end of serving sentence. They stay there from one to six months. Latvia, Italy, Bulgary, Germany, Hungary. The biggest surprise is that three days ago they began one in the Netherlands. Each one has a special story. It is nice to hear it. Everyone wants to go to Brazil to learn about our work and want us to know their work. what is certain is that from now on we will have a great job to do. The experience will spread throughout Europe, I am sure of it. "
APAC is the Work of God. We continue in prayer so that this work may grow and free all those who are serving sentences without the minimum of dignity around the world. We are together! FBAC office 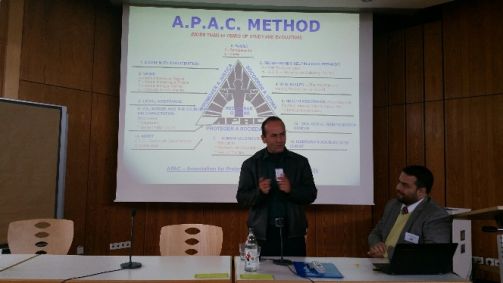 Recuperandos of the male APAC perform a bakery course

The APAC of Itauna/MG, in partnership with the Institute Minas pela Paz, held in the entity the course of baking. Classes began on January 19 and end on February 18, being held in two times, morning and afternoon .

The course taught by instructor of bakery and confectionery, Michelle Cardoso, aims to teach students all stages of production of various recipes to the final product, such as pizza, bread, biscuits, filled rolls, among others, as well as qualified them for the labor market.

The closing ceremony will be held on February 18 at the organization's headquarters, where the recuperandos will receive a certificate of course completion. 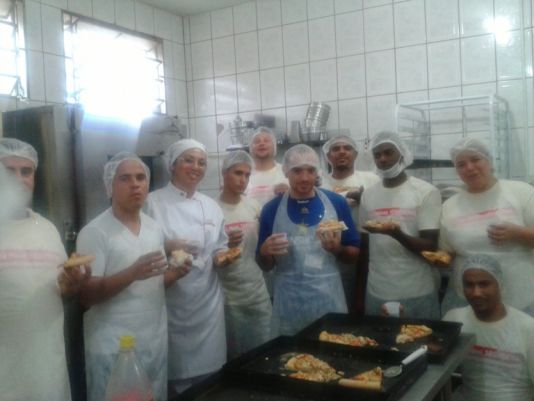 Opening of the APAC of Araxá City

It was opened today, 22nd January 2016, the Social Reintegration Center of the APAC of the city called Araxá, situated in Minas Gerais, Brazilian State, which has 7700 meters of building area and capacity for hosting up to 120 recuperandos in the closed regime, semi open regime and open regime.

Dr. Mario Ottoboni always said that APAC is the work of God and will grow because God is at the forefront of this work. As God told the people of Israel: "I heard the cry of the enslaved people and decided to release him", God heard the cry of so many prisoners, men and women, without dignity, and decided to help them, to have a serving sentence with dignity and get all possible conditions to leave the crime and become citizens.

The FBAC wish that this APAC of Araxá may grow and fulfill its mission, that is helping the convicted ones to return to their families and to the society, fully recovered. 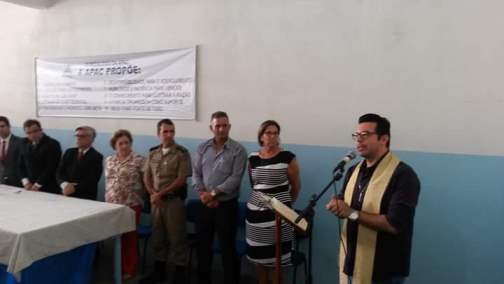 My grandfather once said: "I am happy because on the side of a great man there is always a great woman."

With these words of my grandfather I would remind Mrs Maria Aparecida CB Ottoboni. Mrs Cidinha, as she was called, is the wife of Dr. Mario Ottoboni, who is the founder and creator of the APAC Method.

As a wife she supported her husband in his great endeavor to help those most in need, the ones in the prison world. As a disciple of Jesus, she literated and helped many recuperandos at the begging of the APAC in the city of São José dos Campos, São Paulo State, Brazil. As mother she raised her children and devoted herself to her family.

Ill for many years, she did not stop believing in God and talking to Him in prayer. Her witness of faith and hope inspires and calls us to give the best of us in our lives and in our mission.

On 14th January the heavens open and the angels sing to receive this child of God. May God grant her the eternal rest and the comfort to the entire family of Mario Ottoboni. 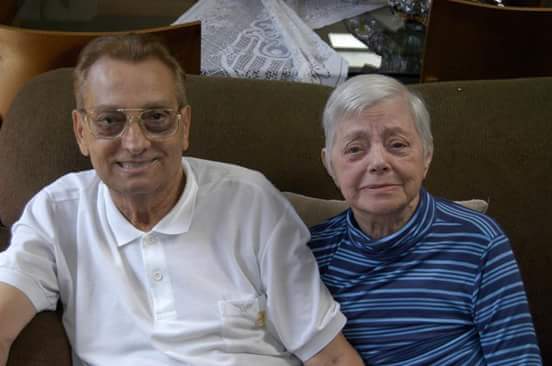 Dr. Igor de Oliveira, respected doctor in our city of Caratinga for his humanitarian attitudes and competence with which I had been keeping in touch for some time and which has been providing some great medical services, volunteered to organize better our health care of the recuperandos.

Our intention is to set up a doctor's office by the end of February 2016, complete, the best possible equipped, for basic care, and he personally coordinate the process of implementation and management of the same.

He himself will look for other medical volunteer workers, and he will create a pharmacy getting medication, and giving regular medical apppointments to the recueprandos.

We conclude that APAC will fully support this initiative with: equipment room, a permanent nursing technician, test equipment, etc.

From today the doctor will be referred to the Health Coordinator of our APAC. We go on with the battle for the recovery of those convicted of justice, because "every man is greater than his mistake."

Valdeci I remember kindly our dear Glory. His unconditional love and his passion for the...

Dr. Igor de Oliveira, respected doctor in our city of Caratinga for his humanitarian attitudes...

Graduation of the Basic Mechanics Course cars in Sete Lagoas